The Indian Institute of Technology (IIT) Bombay’s apex decision-making body, the Board of Governors (BOG), on Friday finalized the partial withdrawal of the increased fee for the fall semester 2022-23.

Now the administration will issue a new revised rate circular. Confirming the development, a senior IIT-Bombay official said, “The BOG has approved the fee committee’s proposal to reduce the increased fee. For other recommendations, the administration has separate committees to formulate a plan”. 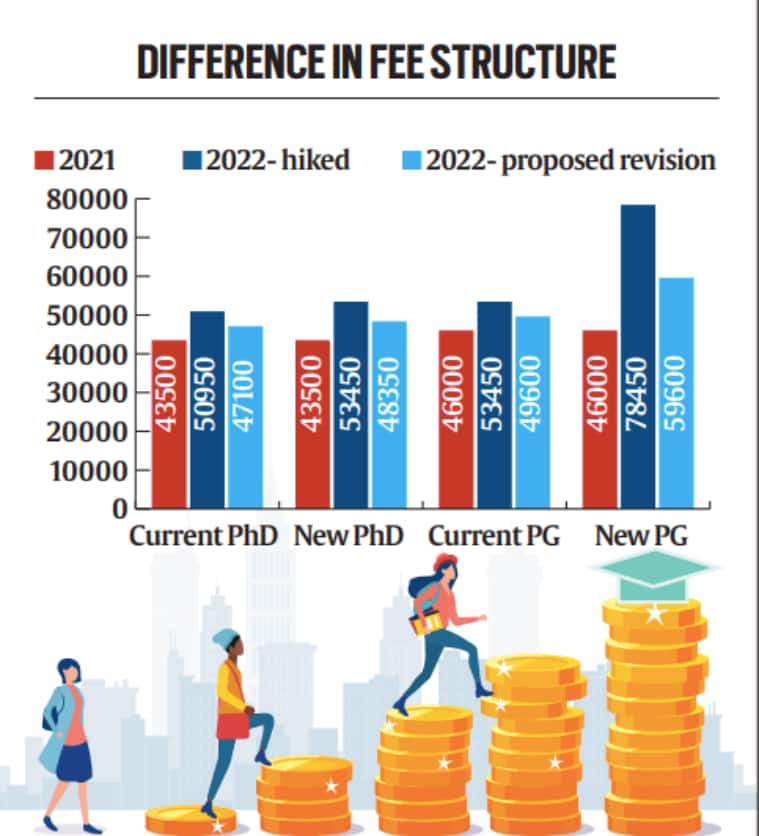 Students received a new email on Friday informing that the fees for UG/PG/PhD for matriculation and fresh admissions have been revised and will be implemented soon. (Express)

As per the fee committee’s proposal, the tuition fee for new admissions to PG and PhD has been reduced from Rs 30,000 to Rs 15,000 and Rs 5,000 to Rs 3,750 respectively. For ongoing students as well, the total increased fee sees a considerable reduction of around 10 percent.

Students received a new email on Friday informing that the fees for UG/PG/PhD for matriculation and fresh admissions have been revised and will be implemented soon. “Excess academic fees paid by new enrollees and students enrolled for the fall semester 2022-2023 will be refunded in due course,” the email sent to students by the institute’s administration stated.

Students protesting against the fee hike called off their week-long hunger strike on August 12 after the proposal presented by the administration ensured a considerable reduction in the fee hike.

The proposal includes other recommendations, such as subscription-based tuition for senior doctoral students who are not taking any classes, another subscription model for faculty and staff to pay for facilities used in the gymnasium, recommend the increase in the scholarship amount to the IIT Council and share detailed information. student health insurance details document.

“The email notice says that a revised fee circular will be issued. We will see if the new fee structure is exactly like the proposal we accepted or not,” said a student.